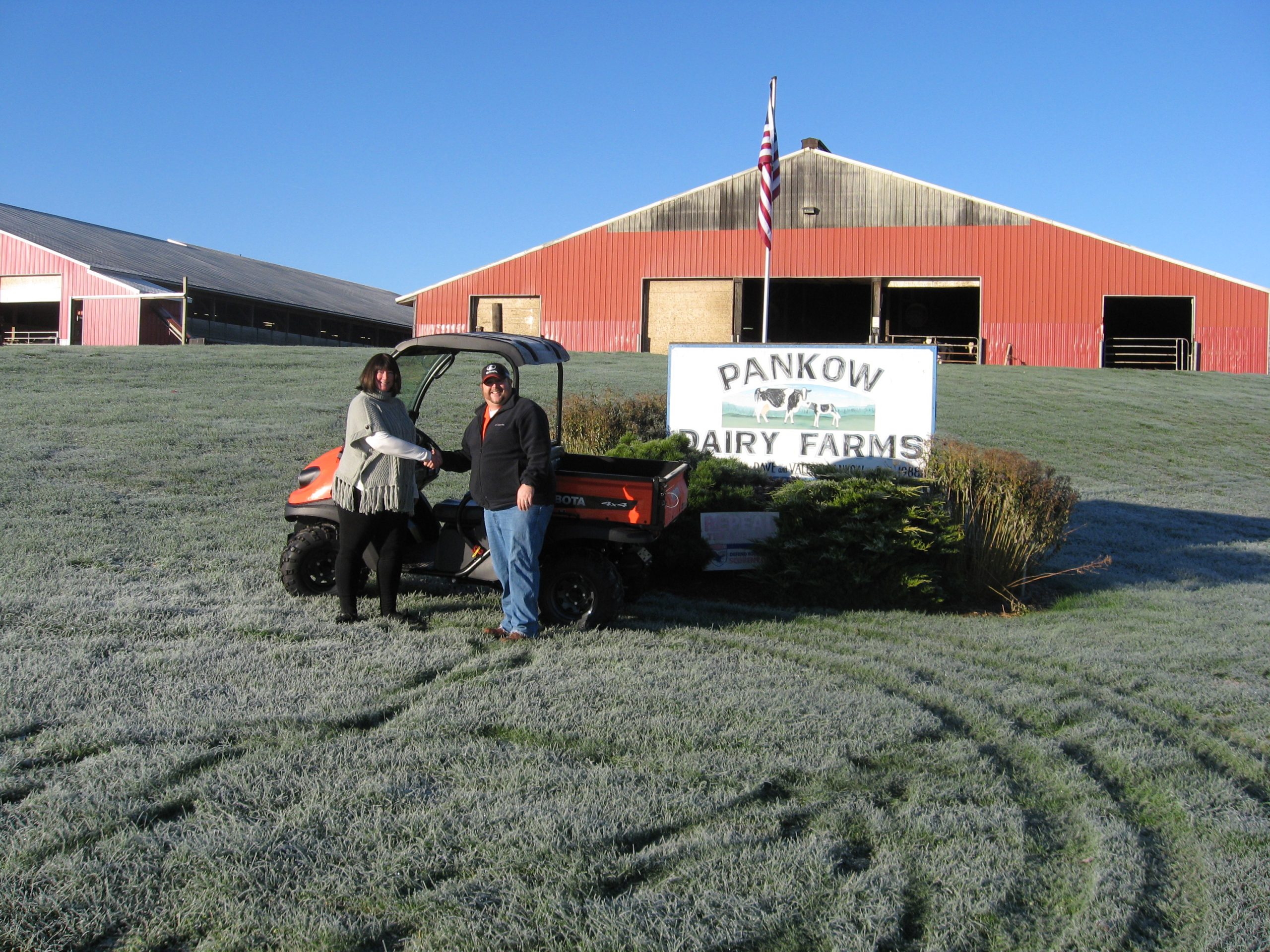 CASTILE, NY, DAIRY FARMER WINS KUBOTA RTV400
Valerie Pankow of Pankow Dairy Farms in Castile, NY, in Wyoming County, won the 2017 Empire Farm Days drawing for a Kubota RTV400. She and her husband David have a herd of 650 cows on approximately 1400 acres. Valerie says the family has a larger RTV they use to moves calves and do farm chores, so, “The Empire Farm Days RTV will be a luxury for me to use for gardening.” Jokingly, she says she may paint her name on it in pink so it does not get hijacked for farmwork.

The Pankows have attended Empire Farm Days every year since they married 31 years ago. Valerie says, “We like to try new things to keep on the cutting edge as much as we can financially afford. There is nowhere better than Empire Farm Days to talk with vendors and see the newest technologies for farming.”

2017 EFD SCHOLARSHIP WINNER FROM RUSHVILLE
Karen Luong of Rushville, NY, is the 2017 Empire State Potato Growers Scholarship recipient of a $500 scholarship per academic year for up to four consecutive years of agricultural education at a college in New York State. She was recognized at the Ag Leadership Luncheon at the 2017 Empire Farm Days. A Marcus Whitman High School graduate, Karen already has an Associates of Applied Science degree in Horticulture from Finger Lakes Community College. She is now pursuing a plant science degree with a concentration in plant pathology at Cornell University.

The 2018 Empire Farm Days event, the largest outdoor agricultural trade event in the Northeastern U.S., will be held in Seneca Falls, NY, on August 7, 8 and 9, 2018. Watch www.empirefarmdays.com for details.