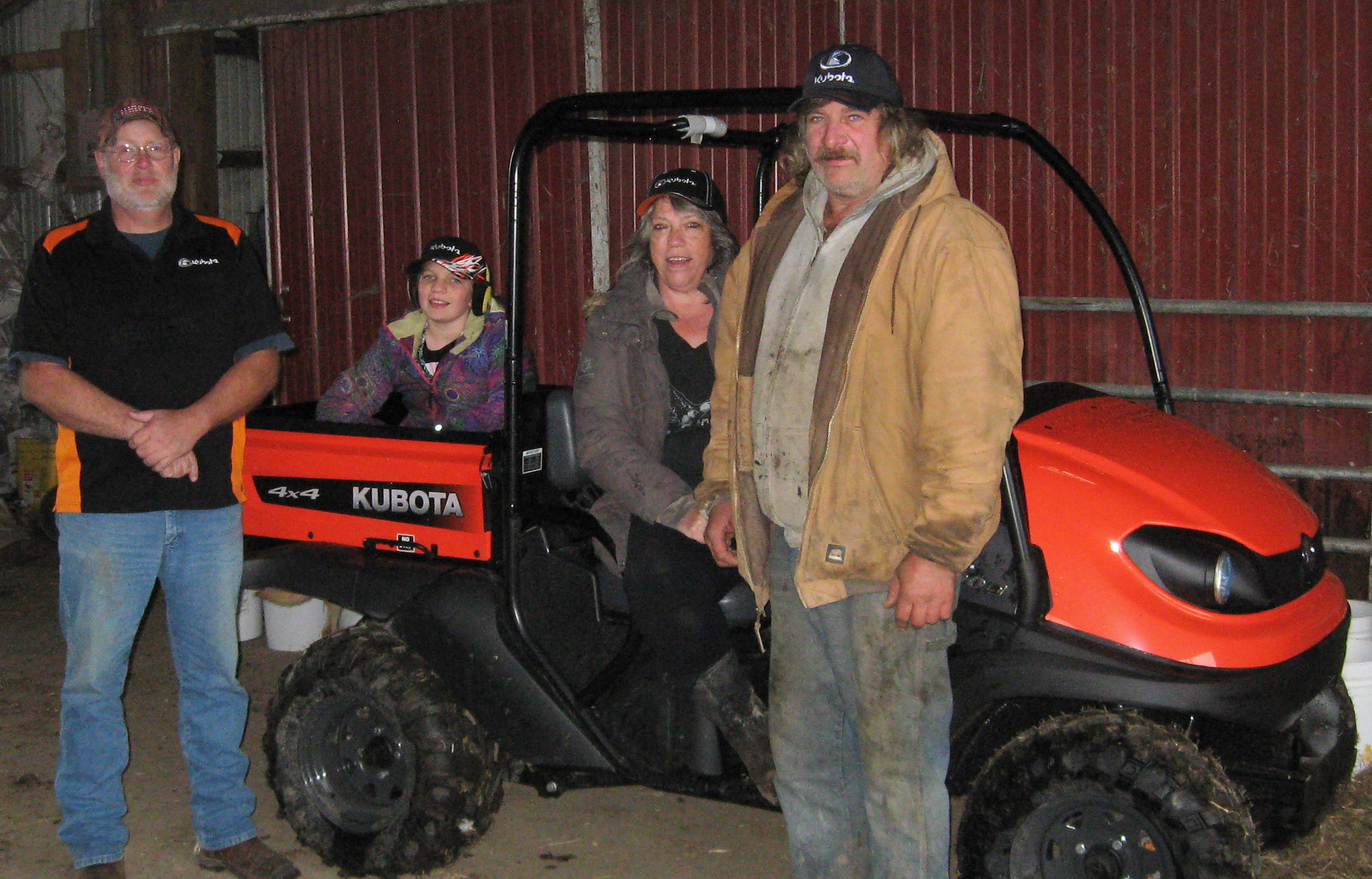 “I most certainly was surprised to learn I won the RTV,” Martens said. “It will replace a golf cart we have been using to move and fix fences for our rotational grazing system. I’m also thinking about how to mount a seeder I have to it to plant wheat and fall grains, and I’m sure the whole family can find a few more jobs for it.”

Martens’ daughters and their Penn Yan FFA club were among the volunteers helping with various activities at Empire Farm Days.

The Empire State Potato Growers, Inc. recognized Megan Ruth Lamb of Hamilton, N.Y. as the 2018 Empire State Potato Growers Scholar at the 2018 Empire Farm Days Leader Luncheon event. Ms. Lamb was a member of the Stockbridge Valley Central School FFA, served as New York State FFA Vice-President, and was one of four finalits for the 2017 National FFA Proficiency Award for Agriscience Research in Plant Systems. She receives a $500 scholarship per academic year for up to four consecutive years of agricultural education at a college in New York State.

David and Beverly Stamp of Lakewood Farm and Lakewood Vineyards in Watkins Glen, N.Y., were honored as the 2018 New York State Agricultural Environmental Management Award winners at the Empire Farm Days luncheon event. The award recognizes a New York State farm for outstanding efforts to protect the environment and ensure the next generation of farming through the preservation of soil and water quality. The New York State Department of Agriculture and Markets, Empire State Potato Growers, and American Agriculturist magazine jointly sponsor the award.

Empire Farm Days is the largest outdoor agricultural trade show in the northeastern U.S. It is held each August at Rodman Lott and Son Farms in Seneca Falls, NY. The 2019 show dates are August 6, 7, and 8, 2019. Watch www.empirefarmdays.com for details.