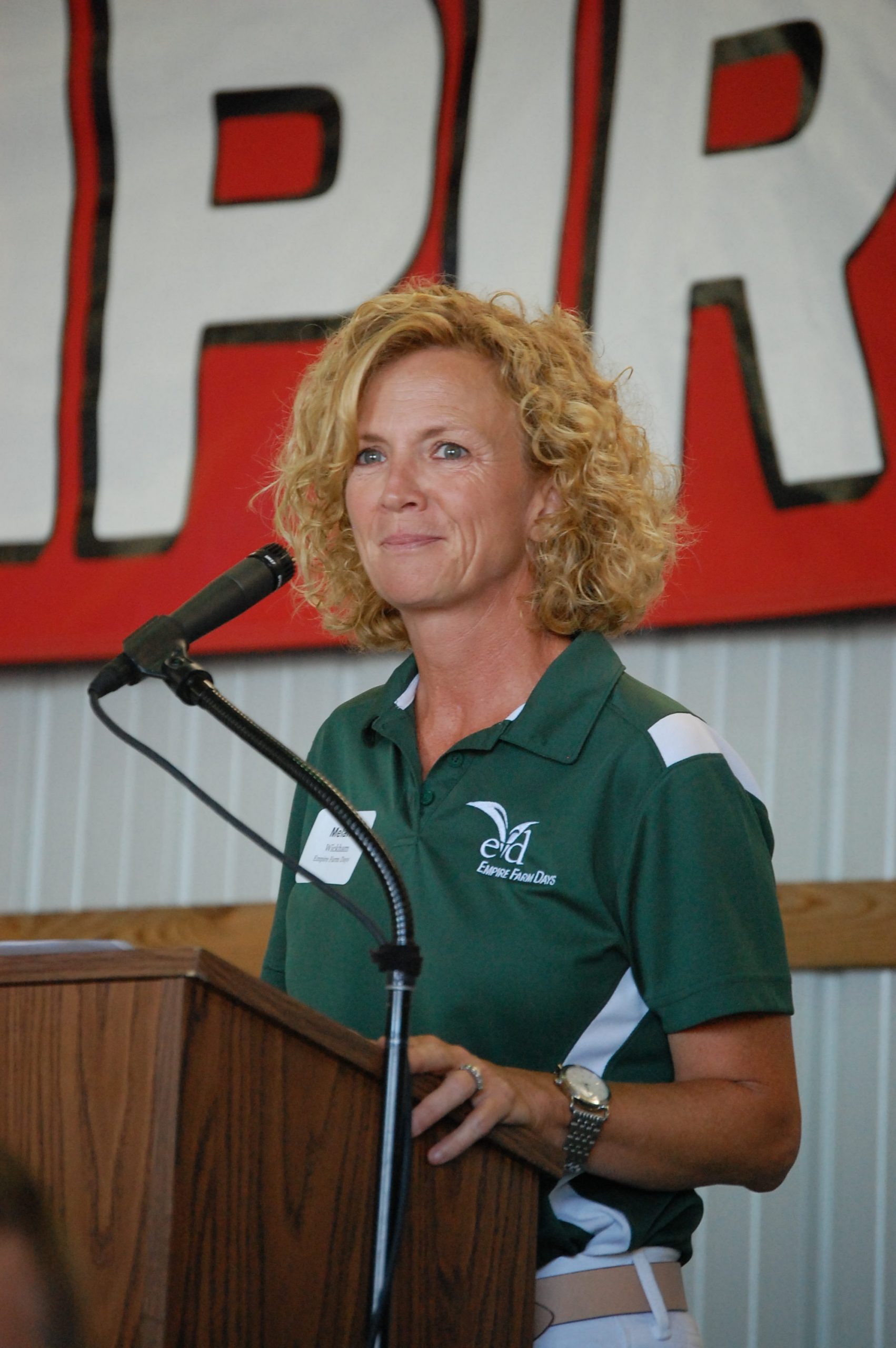 For 32 years Melanie Wickham has served the Empire State Potato Growers, Inc. as executive director, representing the group in the best light at local, state, regional, national and international gatherings, and as the driving force behind Empire Farm Days, the largest outdoor agricultural trade show of its kind in the Northeastern U.S. Now ready for new opportunities and more time with family, Wickham leaves huge footprints to fill, making two job opportunities open.

Wickham has logged countless miles and hours over her 32-year tenure on behalf of Empire Farm Days to make it a one-stop agricultural education event packed with equipment, exhibits, field demonstrations, seminars, and learning opportunities designed to enhance the efficiency, profitability and sustainability of all types of agriculture enterprises.

“Melanie is always quick to credit the growers, sponsors, and her teams for the success of Empire Farm Days,” says Hofmann, who has served on the Empire Farm Days committee and been involved with the growers association for most of Wickham’s career. “This is our opportunity to thank her for her devotion and service as she transfers the reins to new management.”

CLICK HERE for more information on the positions available.

Job descriptions and application instructions for those interested in applying to become the executive director of the Empire State Potato Growers or manager of the Empire Farm Days show are available by contacting mwickham@nypotatoes.org or Kfhspuds@aol.com.